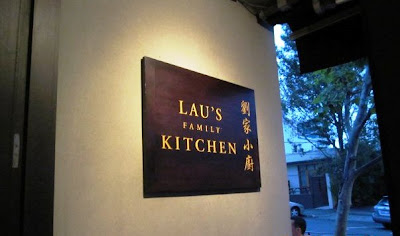 I'll give you a moment to digest that. Or spit.

The irony is that I do have a dad who begins cautionary conversations with the words 'Confucius says.' And the painful prose that follows usually expresses his eternal regret that we are not spitting-images of him (a message conveyed lightly, but with absolute seriousness).

So when dear old dad called me up in October to instruct me to book a 'good Chinese restaurant' for our Chinese New Year eve dinner, I knew I'd better cough up the goods, or suffer forever-consequences.

And I love Lau's Family Kitchen. I was warned when I booked that they don't do 'special Chinese New Year set', so everyone was to order off the regular menu. Happy to! 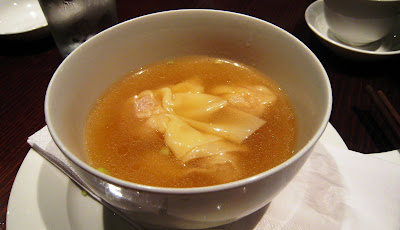 O wonderful wonton of silky skin and tender 'neath
We shared four bowls between eight people, so what you see is my half. There's a specific way of describing broth which is incredibly flavourful, sans MSG, and served steaming hot. 'Ch'ng!'
I must interject here to give kudos to the service. As I was ordering, I expressed fears that the dishes would be a bit stretched going round a table of eight, forcing me to order double of everything. Our waitress charmingly suggested that she get the kitchen to size up some of our dishes 1.5 times, then divide them between two plates so we could try a greater variety. Ingenious! 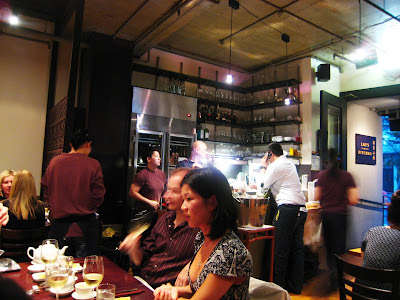 And despite the restaurant being full to capacity, water glasses were refilled rapidly all night (almost with an urgent fervour), and dishes arrived quickly and in perfect succession. Novel experience indeed! 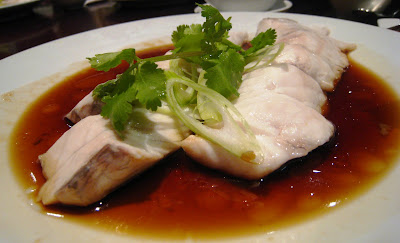 Queensland Wild Barramundi in Light Soy Sauce - 250gm ($30.00)
This was one of the specials, and it was both delicate and delightful. I'm glad we had this but I'm not sure I'd order it again, because it was a little pricey and not particularly unique. If you 'need' to have fish though, this is a more-than-worthy option. 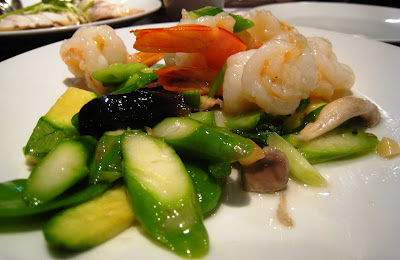 Saute King Prawns - 'Fresh large Queensland Banana Prawns from the Gulf of Carpentaria with a touch of Ginger and Garlic' ($34.00)
This is a half-serve of a sized-up (1.5x) dish. The prawns were definitely not as large as I'd imagined from that description, but they were cooked perfectly (still springy within!). And the mushrooms imparted an excellent smoky flavour to the dish, which I think would have been just a bit boring otherwise.

Personally, I preferred the next dish - which was so similar that it was like a 'veggo' option: 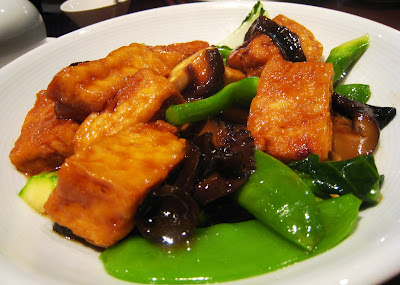 Deep Fried Bean Curd with Mushroom ($17.50)
Once again, this is a half-serve of a sized up dish - and more than generous! I'm fanatical about bean curd and mushrooms, so this was like manna from heaven. Silky cushions of bean curd languorously draped with slivered scarves of mushrooms. I'd take this to bed, but it wouldn't survive the journey. Definitely a repeat order. 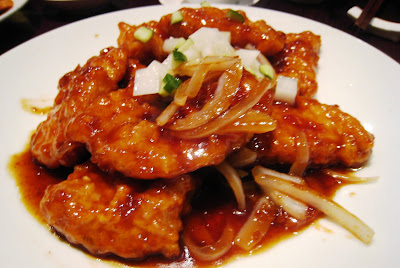 Sweet Vinegar Pork Loin ($24.00)
This is half of just one serve so it's a pretty giving dish. I'd describe it as sweet and sour for the self-respecting Chinese, and very rich. I could only manage one piece, but it's fabulous in a spoonful of untainted rice. 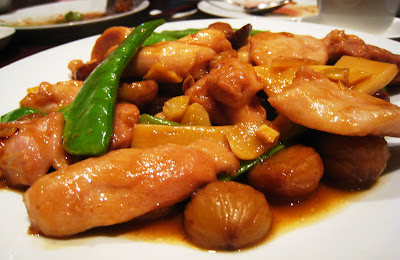 Chicken with Chestnut - Braised chicken with chestnuts and shitake mushrooms ($26.00)
Also a generous half of a single serve. This blended in a little with the other stir-fries, but it was faultless on its own. I have a phobia of dry chicken chunks in stir-fries, but these were as moist as can be. I gather chestnut is not something most people have often in savoury dishes (correct me if I'm wrong), so I think this is a fantastic dish to try if so! My chest-nutty sister adored it anyway.

And finally (I've purposely left this for last), this is the star of the night and every night I've ever been here, so you must, MUST order this dish if you come (except if you don't eat beef of course): 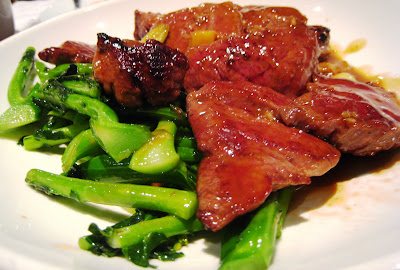 Saute Eye Fillet - Stir fried pieces of tender eye fillet with spring onions, ginger and a touch of garlic ($30.00) [Half a sized-up serve]
If you were going to have just one dish here, this would be it. Tantalizing texture, fabulous flavour, and better than many, many an expensive steak I've ever had. There was a momentary silence at the table as everyone bit into the beef, eyes shining and wide. When I was a kid, this phenomenon was described as 'an angel passing by'. Personally, I think said angel was carved up and served.
Pardon my blasphemy while I burp.

We rounded up the night with a ubiquitous banana fritter, prettily adorned with strawberries ($9.50). 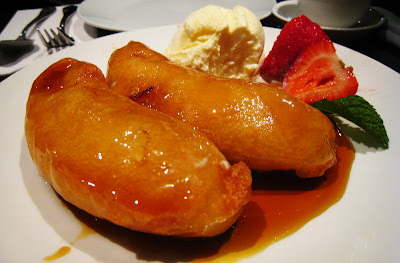 Honestly, the best Chinese dinner I've ever had in Melbourne. And I'd challenge Confucius to say otherwise!