Waffling on Waffle On

Opening Hours: Mon-Fri 7am-5pm
(sometimes later, or earlier, depending on how quickly they run out) 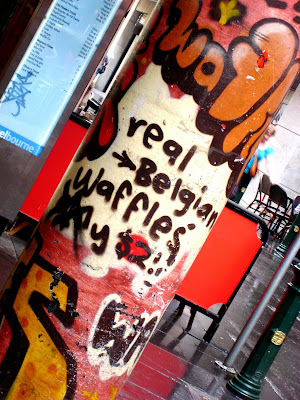 My friends always say, "Hey, Vee! You're always so busy! What do you eat when you're on the go?" 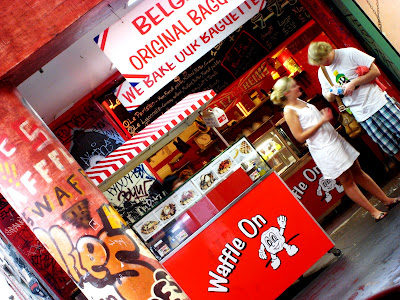 Or at least they would if I had any. 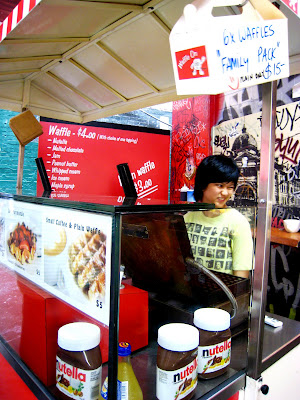 I'm lying of course; I have three.

Unfortunately (because it would be very entertaining otherwise), none of them speak like their dialogues are written by campy advertisers. Or Sesame Street writers.

It is true, however, that I am very busy. Sims 3 was just released after all, and the new season of America's Next Top Model is out. I'm hectic. So whenever I catch a break, I get my fix from my man Mark. 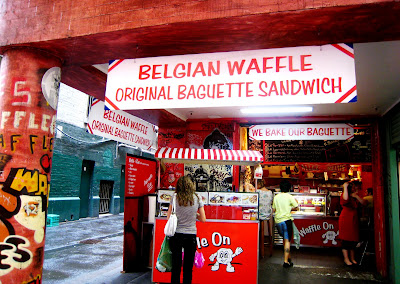 Best waffles anywhere. Thick, rich, and with granules of sugar sweeter than Don Lothario. They'll melt in your mouth...because they won't be in your hands any longer than five seconds before you stuff them in your gob. 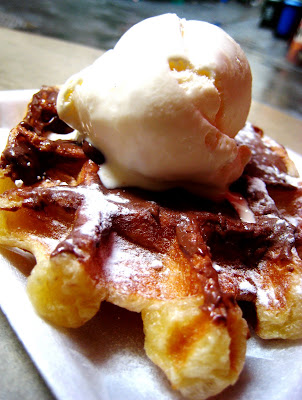 Nutella and ice cream (who would've thought) sets the bar for me, but my friends (two of three) swear on the strawberries and chocolate. Waffles cost $3, and toppings are a dollar extra encompassing maple syrup, chocolate, bananas, jam, whipped cream, peanut butter...sugar, spice and everything nice. 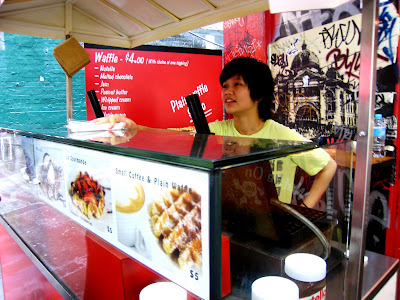 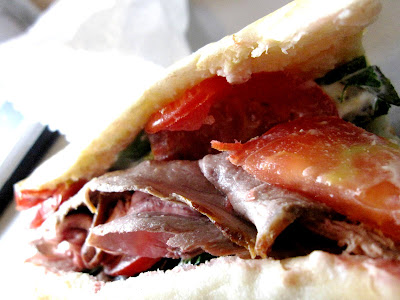 Sliced in half for picture perfection!

This is $8.50 I believe, but I'm always too hungry to count my change (when I get change out of $10 for good grub, I don't complain). Rare roast beef slices, French pickles, French mustard, mayonnaise, rocket salad, tomatoes, thick slabs of Brie on a buttered house-made baguette. That will do me, merci! 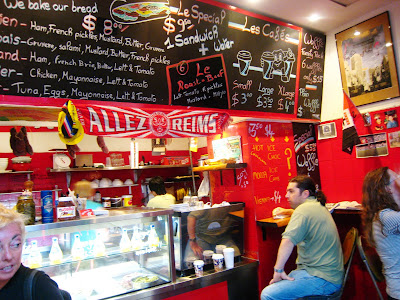 The only 'table' is a very narrow shelf along the wall on which you can precariously balance your goods and food at the high risk of having them fall off or on you (twice now). Short of sneaking a seat at Grill'd across the lane, I'd suggest you take your treasures home with you, like I did tonight. 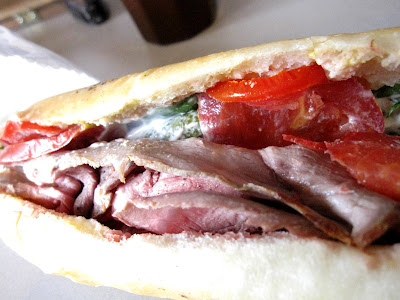 Now I have to spend the rest of my evening with a hunky meaty sandwich. Poor me! 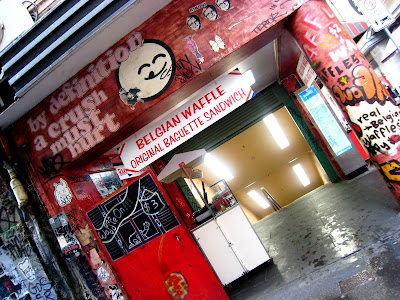