On the first Friday of autumn, I marched the girls up Spring Street with the ever-successful lure of an afternoon tea. Their enthusiasm, however, was somewhat dampened when we arrived at Parliament House. 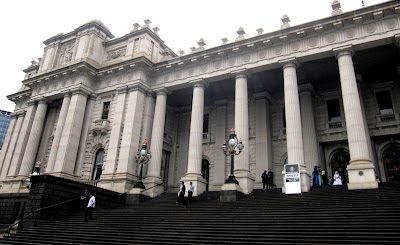 "Here we are!" I said, waving both hands in a flourish. "Surprise!"

"What are we meant to be eating exactly?" asked YS, suspiciously eyeing the brick wall. The smile on A's face became slightly more fixated.

Clearly, my friends are a long-suffering, patient lot. And after more enigmatic explanations and a security check (during which YS announced that it was lucky she hadn't brought her Swiss Army knife along - clearly not a woman to be messed with), we were escorted through a labyrinth of celestial ceilings, princely pillars and transcedent trappings. 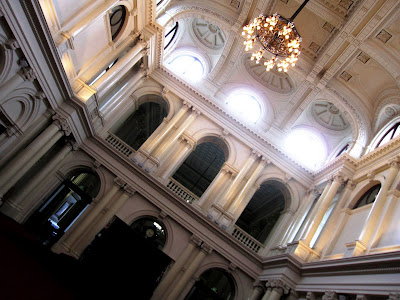 The dining room was indeed located down a corridor - though I noticed nothing peculiar about it, nor any felonious figures lurking about. 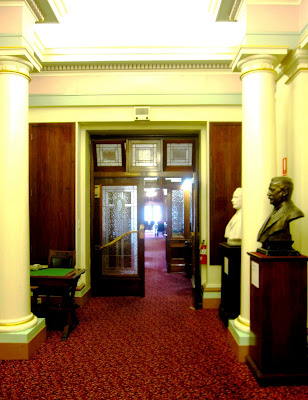 Service was très charmant, despite the fact that we were half an hour late for my booking. We were seated immediately, water was poured, and when we were coquettishly captivated by a beautiful, freshly-vacated booth, we were relocated with grace, and the table cleared at once. 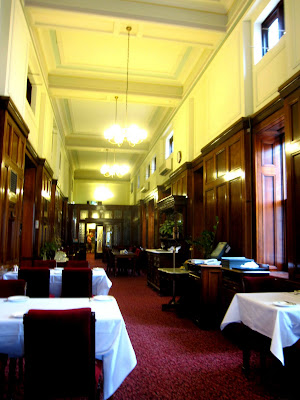 Two sumptuous platters were set before us in literally no time at all - one savoury, and one sweet. 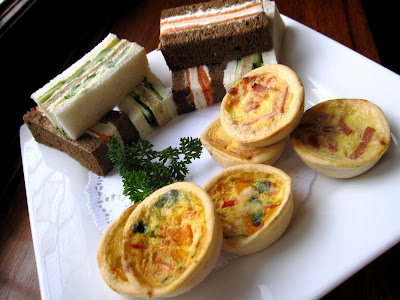 Smoked salmon and cucumber finger sandwiches, and two kinds of quiches - ham and spinach, if I recall correctly. 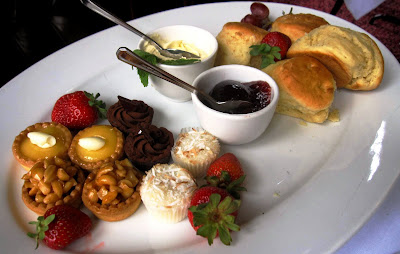 Scones with jam and clotted cream, and an assortment of tempting little tarts - lemon, chocolate, coconut, and macadamia 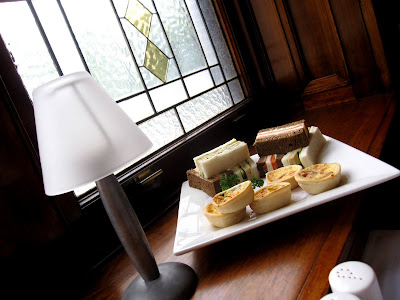 When you have a window sill at your disposal, you should always use it to the maximum of your bourgeois enjoyment. 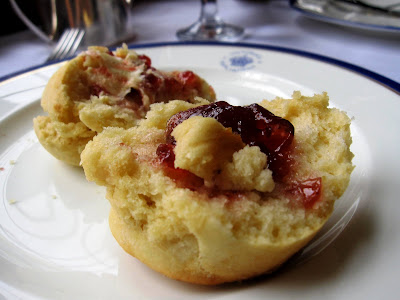 Scones make me happy.
I would deem the food above average, and the service was more than exemplary. There were a few little flaws that one could nitpick at, i.e. the quiches and scones were cold when served, and although the tart fillings were flawless, the cases were slightly soggy instead of crumbly. Overall though, portions were more than generous, they offered to pack our leftovers up without being solicited, and tea and water was refilled with great gusto. 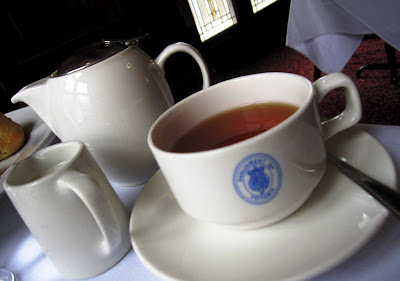 Also, the touristy-minded may partake of complimentary tours of Parliament after - either join the one exclusive to diners, or go with the rest of the general public. During these tours you can take pictures like this to prove that you have been enriched in culture and cake. 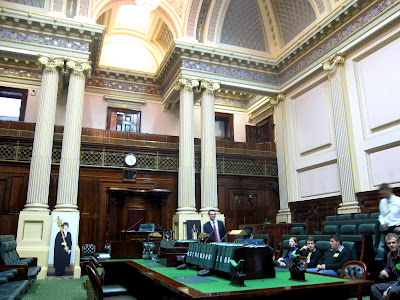 And the price of pandering to politics and your palate? A very justified $33.00 per person.* 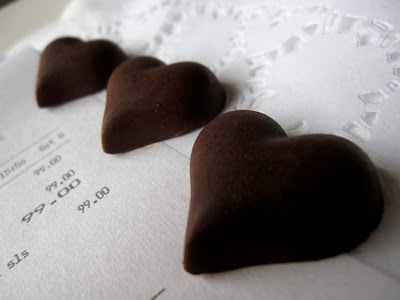 *It should be noted, however, that when I made the booking, I asked whether two 'portions' would suffice for three people, and was told that it would be plenty. I'm still not sure whether we received 'two' or 'three' servings worth in our two platters; we assumed it was three, as the food was so ample, and we were perfectly happy to pay in full. As we reached for the receipt, however, the maître d' shot up, apologised, and insisted on swapping it for a bill for two ($66.00) as per our booking. What a bargain! 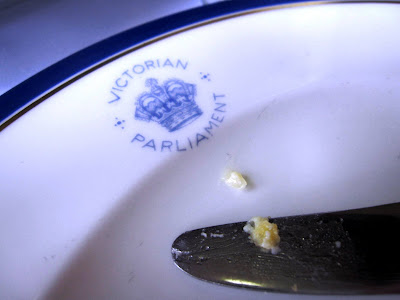 Would I return? Yes, and I'd take any visitors to Melbourne with me, as the entire experience was delectably different. It's not every day members of the working class can dine at Parliament - and the entire occasion befittingly marked the end of our summer semester, and our recent transition into the murky study of administrative law! 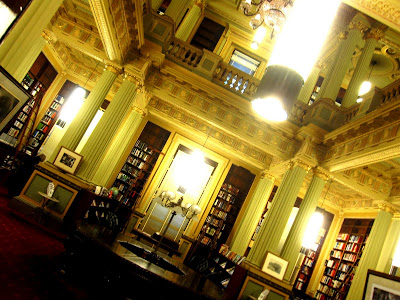