*The original branch is Namaskar in Malvern. 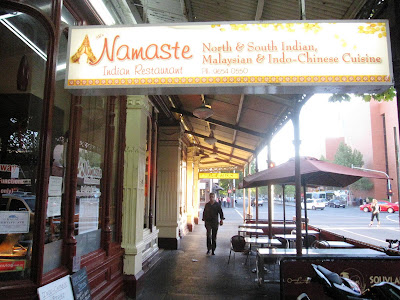 I type this while on a break from the throes of academic assessment to bring you another kind of lesson.

Gandhi had hunger strikes and um we've done something same same but different. 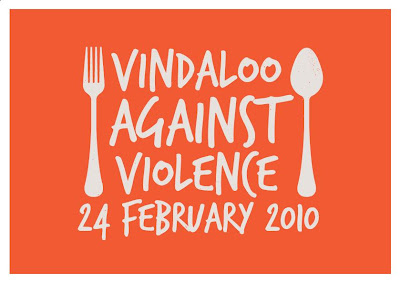 And while the debates rage on as to whether our singular supping experience makes any kind of social stand, you don't need to tell me twice to get my rotis on against racial intolerance!

Thus, on Wednesday, seven of us (and two very latecomers) trooped to Namaste Indian Restaurant on Lygon to show our tandoorous support for this cause. 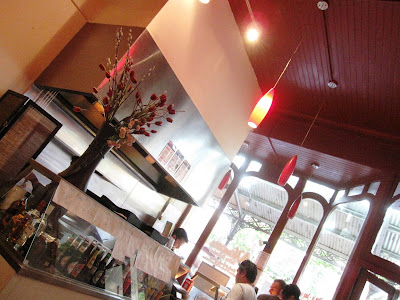 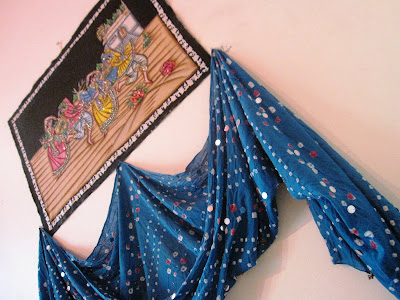 To be fair, I've had goat heaps of times before - I've just never ordered it. And by 'I've' been interviewed, I mean our entire table. And um every other table in the restaurant. But still! Life's more fun without qualifiers. They should put that on a slogan somewhere. 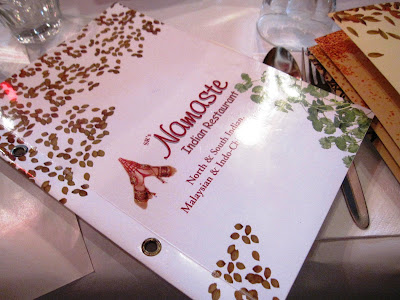 The menu here has a very helpful grading system for the spiciness of their dishes, ranging from none (for chilli chickens*) to two ("Aloooooo go-bi!"). No that didn't make any sense to me either but it sure was fun to say out loud! 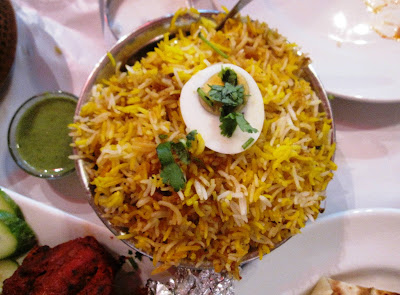 Goat Dum Ki Biryani - An aromatic combination of tender goat and basmati rice spiced and cooked by the Hyderabadi 'DUM' method ($10.95)
As I've just mentioned, this was my order. Very nice, and a deceptively huge serving. It was as tender as described, which was pleasantly surprising as goat can be a real doozy to cook. And who can resist melting chunks of meat in layers of saffron rice - like little jewels nestling in grains of gold. A had the Kacchhi Ghosh Dum Ki Biryani - identical, but with lamb ($9.95). Grade of spiciness: A respectable one chilli each. 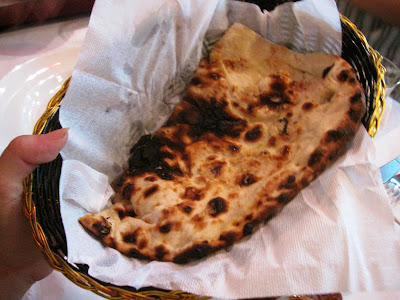 Don't go past the Garlic Naan here. I know the one in this picture is particularly charred, but believe you me when I say that everyone wanted a piece of the action - it was that crisp, warm and tasty-garlicky. $2.95 gets you two of a kind. 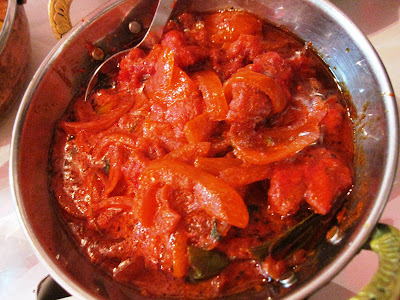 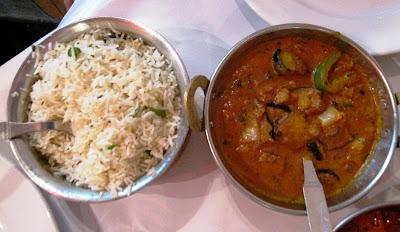 I can't vouch for them personally, as I didn't get to sample either, but I think the proof is in the eating - both curries were polished off quickly, and the rice down to the last grain. A word of caution though - the remnants of the chilli chicken appeared very oily, so probably not the most health-conscious choice! 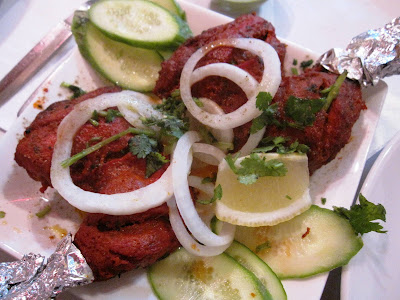 G had the tandoori chicken. Two thigh quarters for $9.95. Colour and flavour was excellent on this one, I thought it was great value. My only gripe is that it was ever so slightly dry - you know when you pry open the meat on the bone and it's all moist and warm and steamy within? Yeah, that didn't really happen, which is disappointing. In all fairness though, I've never actually had a piece of tandoori chicken that did that - I've often wondered if this was just a result of the way it's grilled. It's not a significant flaw, however, the chicken was still really lovely and tender enough and I wouldn't write it off completely on a re-visit.

Other orders that weren't photographed include the Butter Chicken (perfectly satisfactory, and perfect for the spicy-averse) ($9.95); and the Beef Vindaloo ($10.95 and two chillis), which ironically was the least-enjoyed meal of the night.

So to the important questions:

1. Did we make any kind of social change? 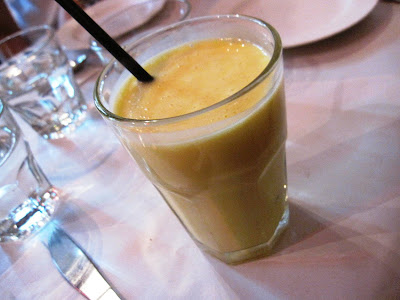 I don't think I'm qualified to respond! But to our end - we had very good intentions. And more importantly, we took a stand. If you think otherwise however, I'd be happy to linger over lassi to discuss it with you. More than happy, in fact!

Yes, definitely. Ultimately there were some service issues in terms of speed, but they remained exceedingly calm and friendly attending to a fantastically full house, and the food definitely had more hits than misses!

In the indubitable wisdom of Apu Nahasapeemapetilon Ph.D: 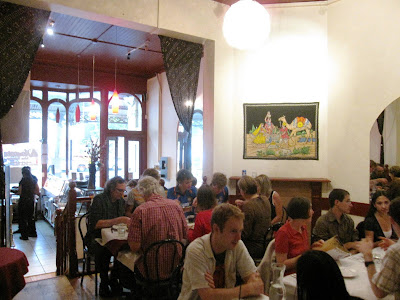 Good rice, good curry, good Gandhi - let's hurry!
I credit learning about this place to I-Hua, who adores it.