It's been a goodly amount of time since this blog featured an old-fashioned showdown! 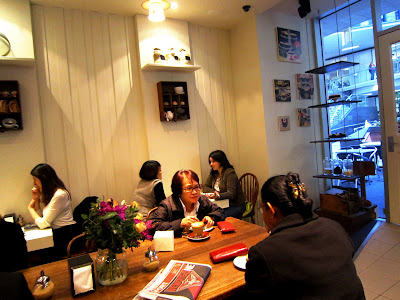 Cupcakes are a real religion in Melbourne. Worshipping types run the gamut from daily zealots to occasional visitors and even the prodigal (those who flock in during troubled times). Cupcakes at a crossroads.

Blasphemy unfortunately is rife, especially in the CBD, where artificially-coloured and synthetically-flavoured idols are hawked aplenty. 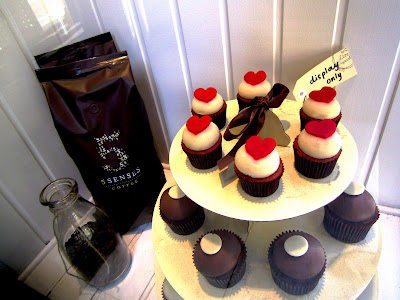 It is for this reason I turned my back on the faith some time ago, having tasted too many ‘cupcakes’ better employed as neon decorations than eaten by any man or beast. 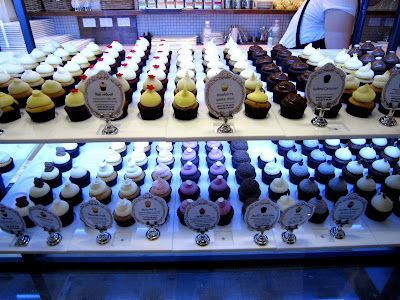 My return to the fold therefore is with a very particular mission in mind: a search for a contender worthy of claiming the Red Velvet throne. 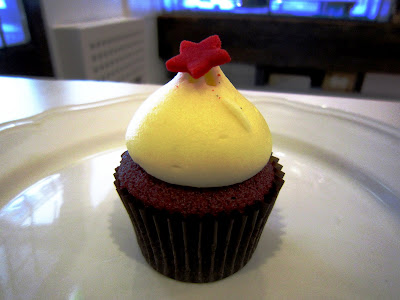 A more callous person might observe a comparison between the Red Velvet cake and the Holy Grail: mystical construction (oddly tasty combination of beetroot with buttermilk, cocoa and cream cheese), scarlet contents, Hollywood endorsements, and a passionate following. 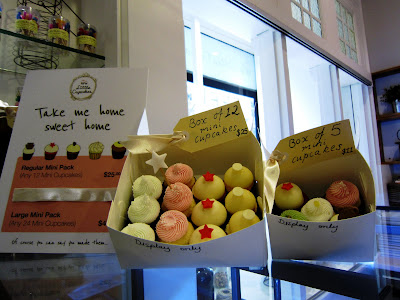 It is in fact because of one such passionate follower, L, that I became hooked while looking for a version befitting the occasion of her birth. 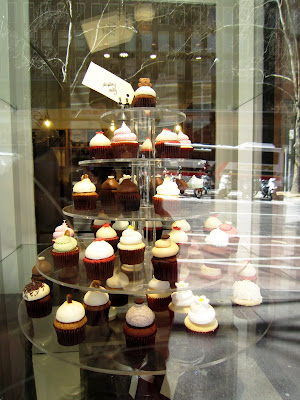 As far as Melbourne is concerned, Little Cupcakes is the goldie oldie shop for fundamentalist cupcakesians. L swears on her stack of recipes that these are still the best in town but I’m not sure I agree! 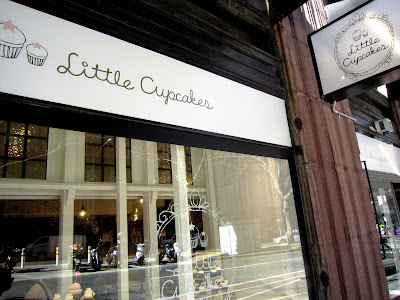 Tastings will be scored according to a badly-conceived Thank-Cake-It’s-Almost-Friday! matrix: T for texture, C for Cost, I for Icing, A for Appearance and F for Flavour. 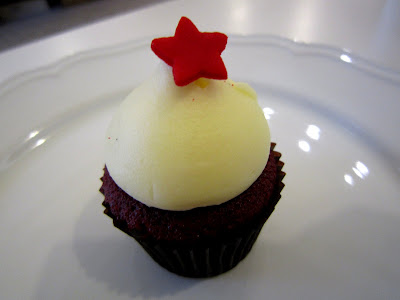 Texture: As with other cupcakes I’ve had from here, this is a pleasantly light cake, with a very small crumb. In the spongy to fudgy spectrum, it is much closer to the former than the latter, but retains an adequate level of moistness. 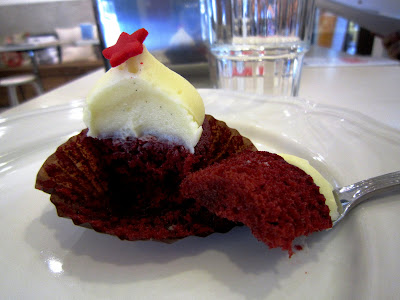 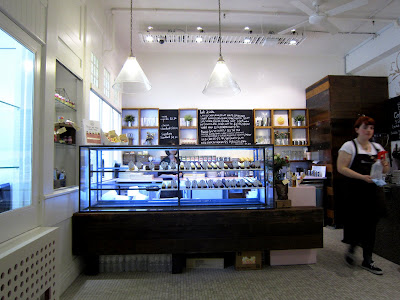 Icing: Is there a dentist in the house? Prohibitively sugary (grainy even!), with the sweetness overpowering any of the cream cheese tang required for a red velvet. 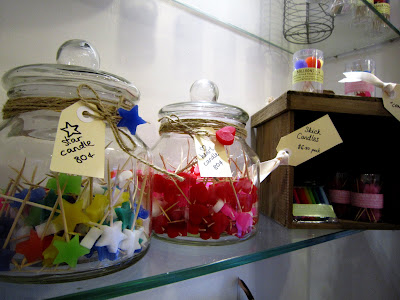 Appearance: Adorable! Evokes thoughts of all things girly-curly like pastels, pinks and polka prints. And the shops are just as sweet, spice and everything nice. 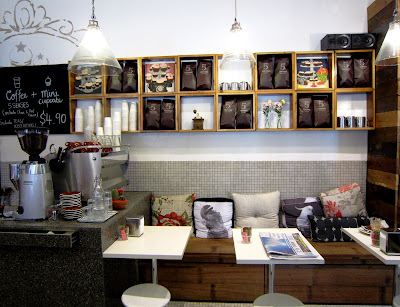 Flavour: Not bad. Errs on the side of too subtle perhaps, bordering on bland with a tinge of baking soda. If I didn’t know better I wouldn’t have thought it contained any cocoa. 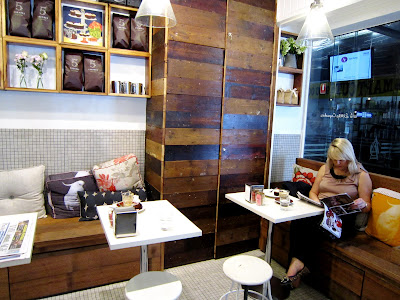 Overall Score: 7/10. I would add, however, that in the consistency and ‘all-rounder’ stakes, Little Cupcakes is always a great bet and has certainly stood its own through the waxing and waning of the popularity of the cupcake faith! 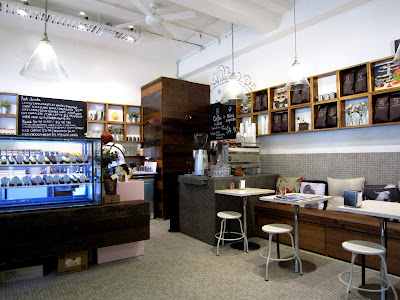 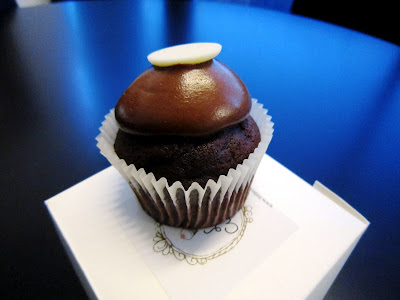 In my next post I visit a contender that I believe controversially displaces Little Cupcakes as the incumbent queen of Red Velvets. 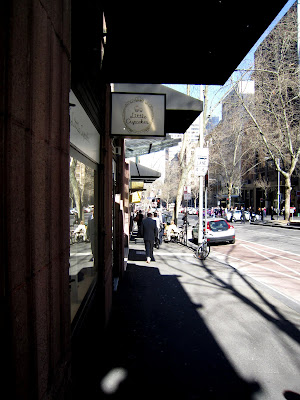 Care to hazard a guess or provide a suggestion?