Cupcakes, which is to me as rice is to the Chinese, and pasta is to the Italians. Shameful, but true. 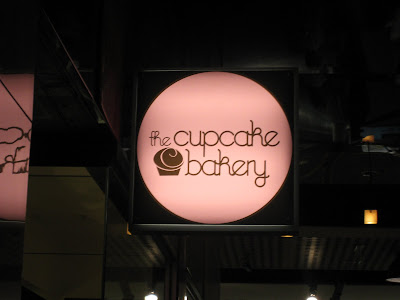 The Cupcake Bakery has taken a lot of battering on the web, but as far as I can tell, business is booming. I've been there a few times a half-hour before closing and missed out because they always seem to sell out. Oh the beauty of a fantastic location. And it really is too, positioned along Menzies Lane between the Elizabeth St entrance (where Chilli Padi and Max Brenner dwell) and with strategic proximity to the Melbourne Central train station. And see, how pretty! 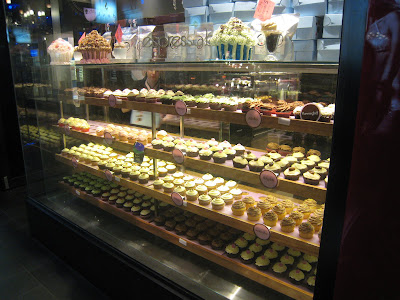 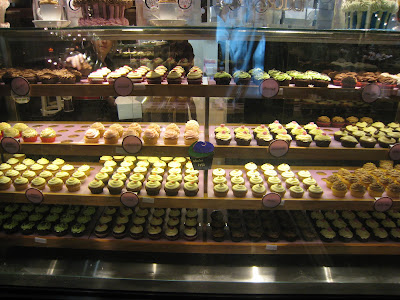 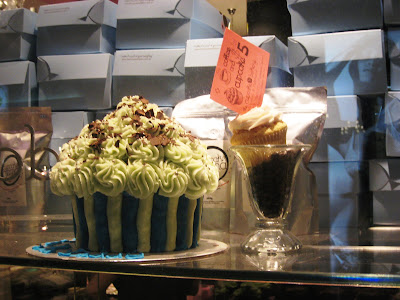 How can you say no? And I rarely do, despite some unsatisfying experiences. So far, I've tried the Molten Choc (rich, but the chocolate quality is not...great), Choc Choc (ditto, and I tasted grainy sugar in the frosting), Red Velvet (...bit strange, as if they'd under-sweetened it), Hummingbird (alright, not my thing), Banana (bland), Sticky Date (very 'true to its name' flavour) and Lemon Poppyseed (not bad). To be fair, I didn't find any of them dry, which is the major criticism I've read about this place. In fact, all the cupcakes thus far have been pretty moist - and I've bought a fair few, and many at closing time. But yes, on the whole, I definitely don't think it's THE best cupcake place in Melbourne. So why do I keep going back, you may ask? 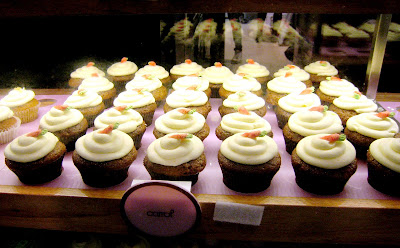 Oh and I love them. This cupcake is my most regular snack, and by regular I mean, almost daily (I did say this was a shameful post) and by snack I mean lunch. 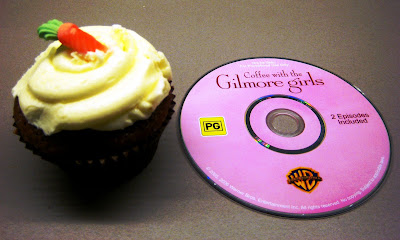 I've placed a CD next to the battered cupcake I carted home to take this picture so you can see how it's quite a bit bigger than say, Little Cupcakes on Degraves. And at the expense of being hit over the head as I take my regular walk down Menzies Lane, I'd say it tastes better as well! In this one flavour at least. Especially because of the nuts. I love nuts! And it's so nutty.

In fact, I've eaten this so many times, I can tell you that the carrot topper is changeable. Sometimes, you get a pretty topper like this: 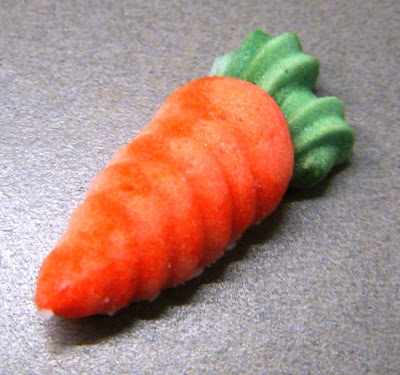 And sometimes, you'll get this more lazy-looking carrot: 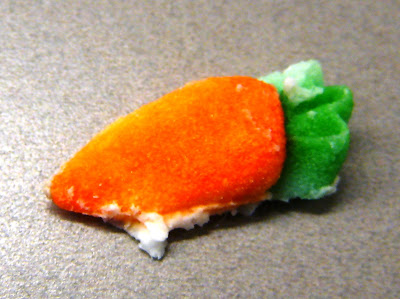 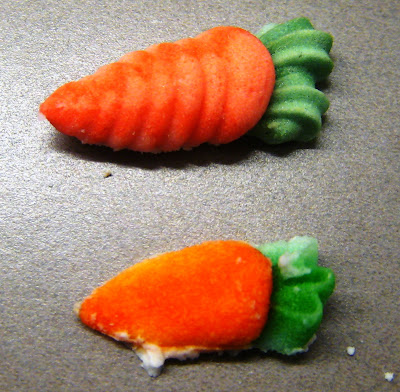 Yes...I keep my toppers - you might say, I'm just nuts about them! *Hold for applause* All other times, you get some walnut bits on top instead (no pictures, because I eat them, of course! The walnuts, not the pictures).

So yes, The Cupcake Bakery - some hits and misses. But much like floundering in a sea of awful dates with awful men, I keep returning...for more of the Carrot Cupcake, my one true love.

Revision 26.10.2009: The carrot cupcake has been consistently terrible the last few times I've been there so I've given up on it now. On the lookout for a new carrot cupcake love! And I think I know who to hire as a guide...