Miss Jackson is the kind of lady that will make all your troubles go away. 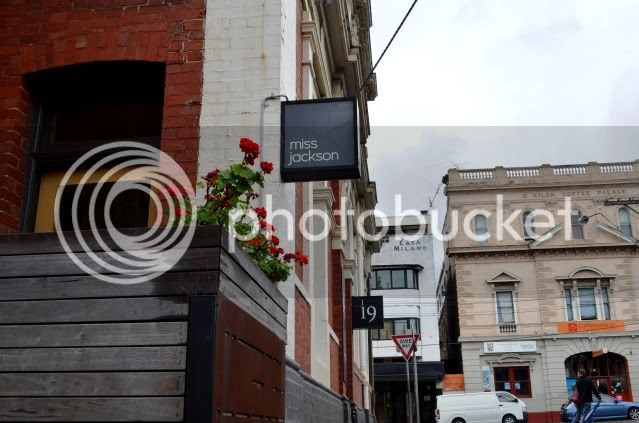 Not a difficult feat to begin with: the sand and sea are a block away and while she’s a shy beauty on the outside (finding the entrance took some hunting)… 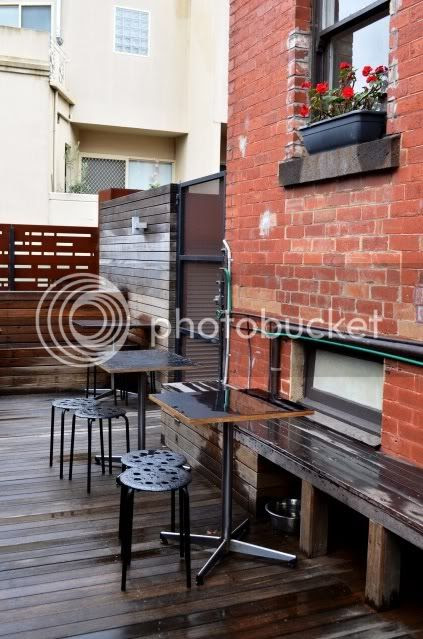 …the interior gives off a unique combination of vibes: minimalistic with a hint of Mamma Mia! (the Meryl Streep version). Certainly, Miss Jackson has distinguished herself, having won the accolade of Best Food Café as per The Age Good Café Guide Awards 2011. 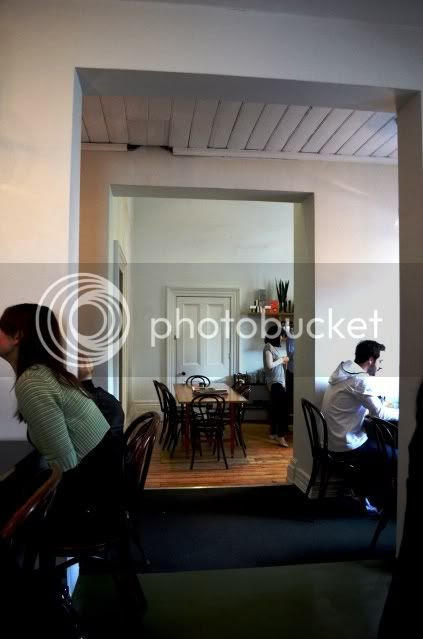 My sister is starving and orders the corn fritters with bacon, avocado and vine tomatoes — adding poached eggs as a ‘side’. 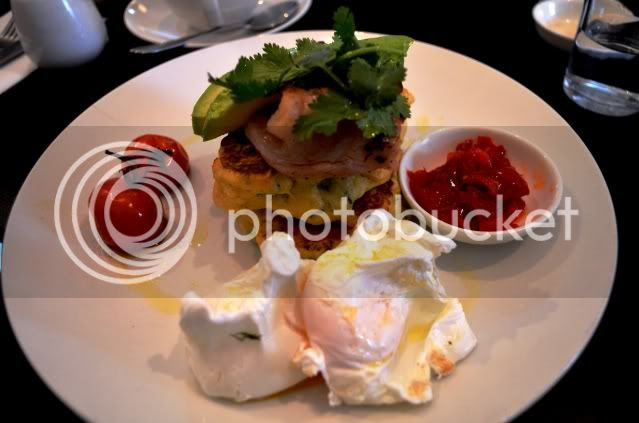 The corn fritters are crisp, sizeable, and embedded with juicy golden kernels, the avocado slices are fresh and fleshy, and the eggs are poached perfectly. Interestingly, the presentation of the dish appears to have evolved quite a bit since its inception. 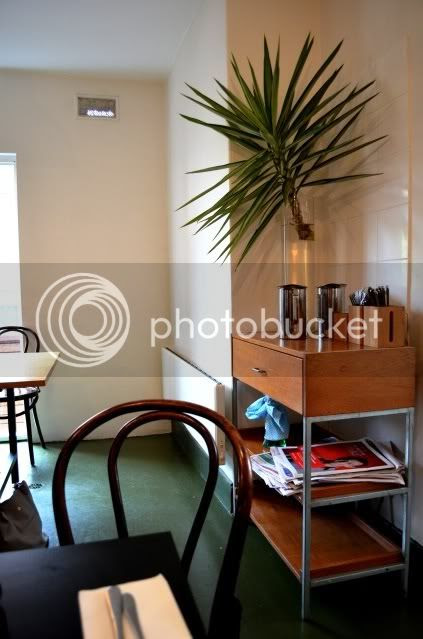 I can never say no to eggs prepared with goat’s cheese and this omelette proved impressive — in taste and size. 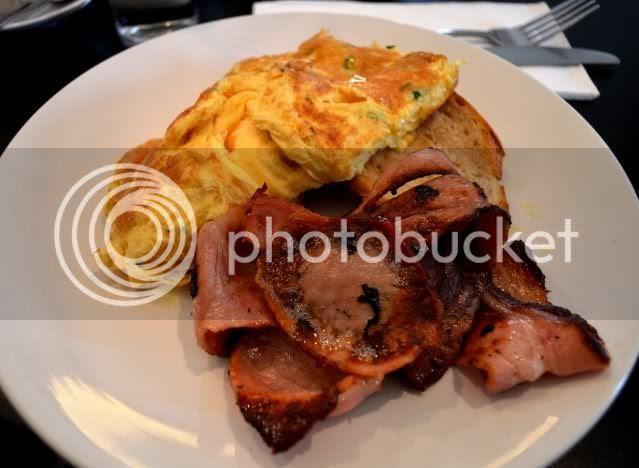 It was massive! And more importantly: moist, thick, and generous with the cheese. There was a bountiful lot of bacon to match that was a little burnt around the edges but still very good. My only niggle was the bread. This might be a point of personal preference, especially given it didn’t look at all burnt, but it was so crisp and hard that it wouldn’t have been out of place spun across the room in an old Bruce Lee film. Perhaps if it had been sold to me as biscotti. 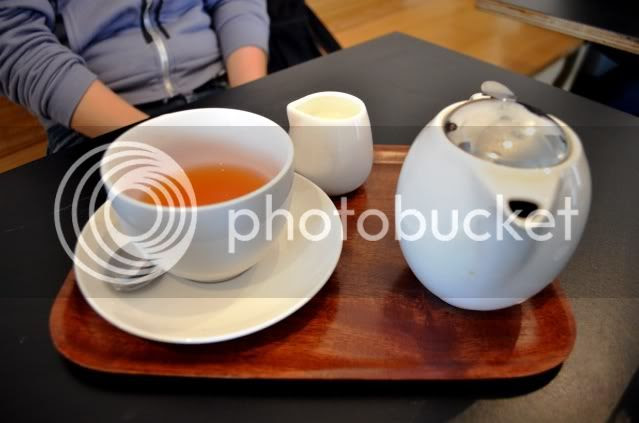 Unfortunately, the pan fried gnocchi with sausage didn’t fare as well. Which was disappointing, as it was aesthetically amazing. 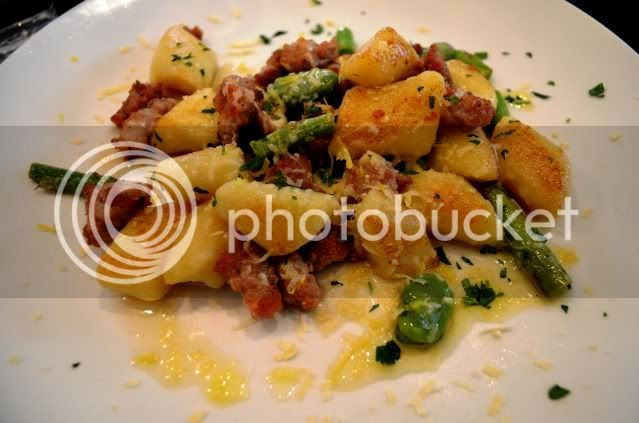 The portion was pretty small (next to the omelette, minuscule) and the gnocchi itself a tad bland and mushy. Given the glowing reviews I’ve read elsewhere, I suspect this might just have been a kitchen miss on the day. 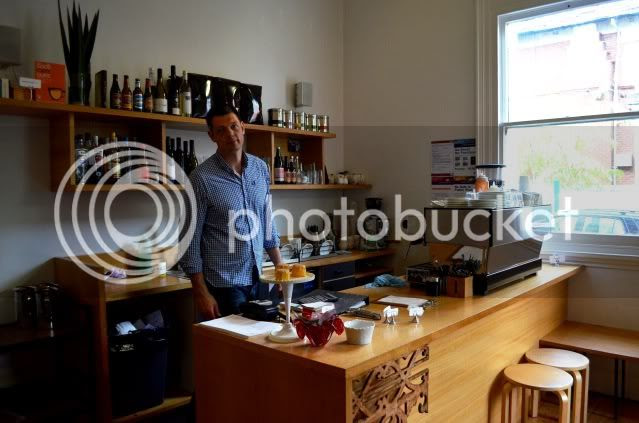 Too full from my enormous omelette, I opted to take away a brownie (a huge hunk), which was deceptively innocuous in appearance. 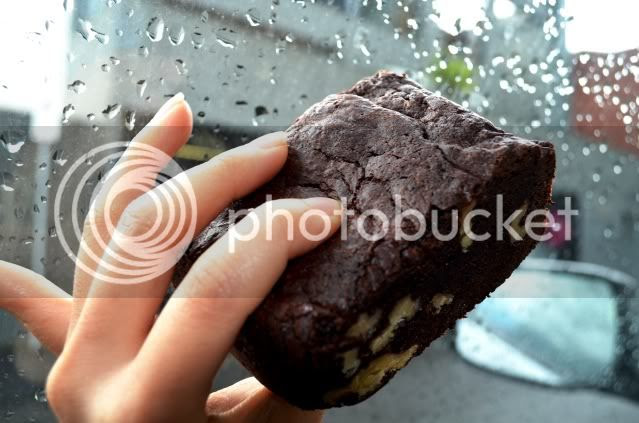 After an initial nibble in the car, I finished it before we’d even reached the city. It was exemplary: fudgy, nutty, and heaving with chocolate. 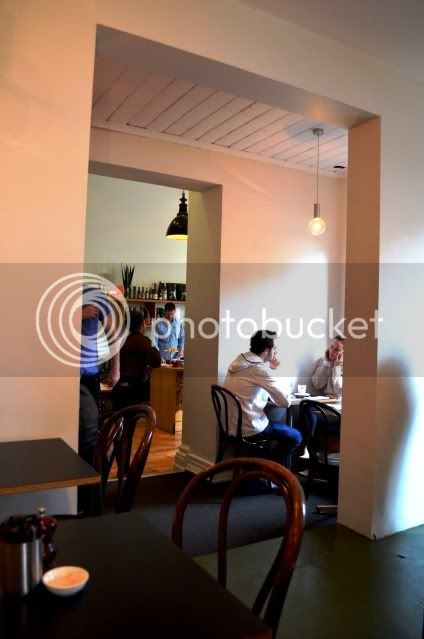 I’m not sure it’s got the best food in Melbourne but Miss Jackson’s certainly bringing all the boys to the beach, and they're like, it’s better than yours. Definitely worth a revisit as the days heat up!

What kind of food do you think goes best with a sea-nic day out?