Andrew McConnell is the magic man of Melbourne restaurants this side of the decade. And like any trip worth its salt, a pilgrimage to the mecca that is Cutler & Co. has been on the cards for months. 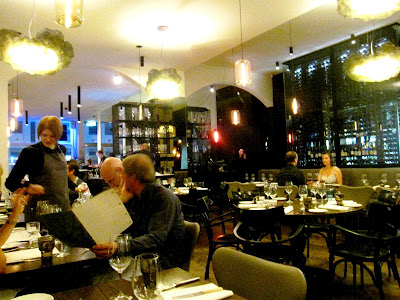 In fact, there is something quite perverse and provocative about a restaurant reservation acquired so early it outlasted the relationship with the man it was meant to celebrate by about three months. Certainly, this is not an uncommon occurrence. 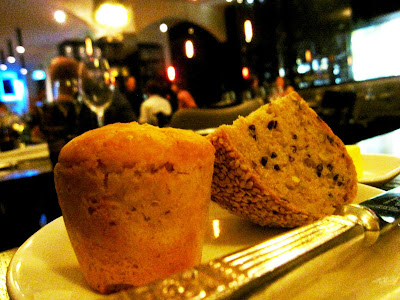 Never one to renege on a deal however (or to engage in the blasphemy of cancelling a McConnell reservation), I invited G to dinner anyway. It was his birthday after all - I was always going to have to pay. 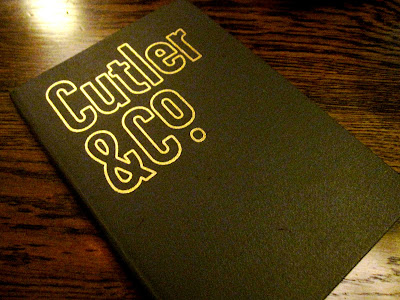 And despite this disquieting premise, Cutler & Co. really was quite magical. 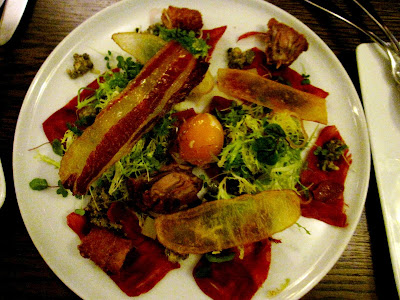 She was big and she worked. The egg yolk wore a coquettish skirt of crispy caramel, the sausage was pleasantly pungent and plentiful, the tongue was tantalizing, gizzards grinning, and pancetta pristine.

Our other entree was more petite; pressed quail terrine, foie gras cigar, orange and pistachio ($23), but no less lovely. 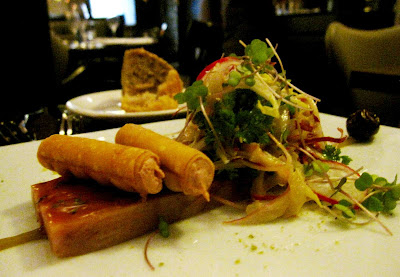 We should all smoke these. It was the world's most decadent spring roll - on a bed of beautiful bird. Of course it tasted like chicken; but it was good chicken.

The stand-our performance of the evening was given by our main however; roast suckling pig, parsley root, turnip and plum ($43). 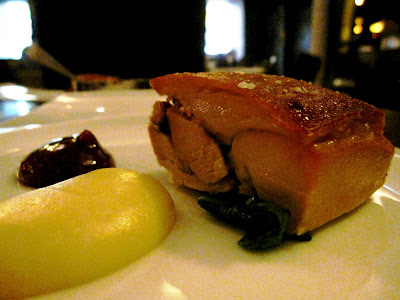 Helpfully halved.
As far as pigs go, she was holy heaven. The skin was of the snap 'em and crack 'em variety, and the moist meat was teasingly tender. Also, who would ever have thought that an ingredient as clumsily named as 'parsley root' could be so delectably delicate? 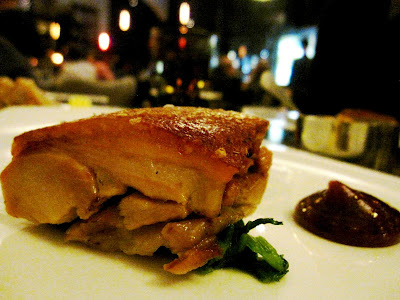 Once upon a time, I read of a wicked witch turned into a turnip for such salacious sins as consuming kiddies and growing giants. What divine retribution it would have been if I could have eaten her. 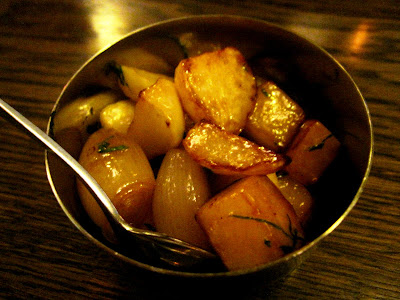 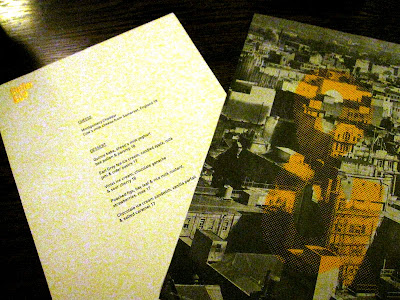 Unfortunately, this run-in was a little lukewarm. 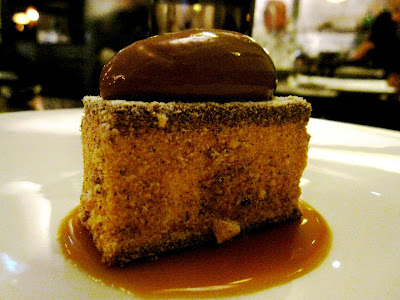 Chocolate ice cream sandwich, vanilla parfait, and salted caramel ($17)
It was like...a lamington. With vanilla parfait for a sponge, and a chocolate ice cream less dark and powerful than I'd imagined. Also, I was hoping for little 'pop rocks' of salt in my caramel - it was just salty. Not bad in any sense however - it may be that I was expecting Michael Jordan, and Dennis Rodman turned up instead.* No less interesting, little less of a legend.

*There, G, never let it be said I learnt nothing about basketball. 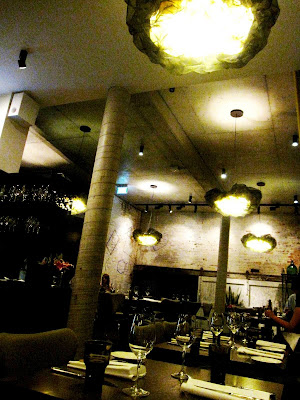